The Tsujigahanazome dyeing which flourished during the Muromachi period is said to have originated from the clothing of the peasants. 久保田一竹[Kubota Ittsiku] encountered this when he was 20 years old, and attracted by its beauty, succeeded in further deepening this by reproducing traditional techniques as well as bringing a fresh original breath to the technique. At the 久保田一竹美術館 on the bank of Kawaguchiko Lake, Yamanashi Prefecture, a number of breathtaking artworks including a series drawn with strokes are on display. In 1990, it the French government acknowledged that he had artistically influenced France and the world, and awarded the French Cultural Chevalier Order. Also in 1993, he was awarded the Cultural Secretary Award from the Agency for Cultural Affairs. This obi is of a writer who represents the Japanese Yuzen society. 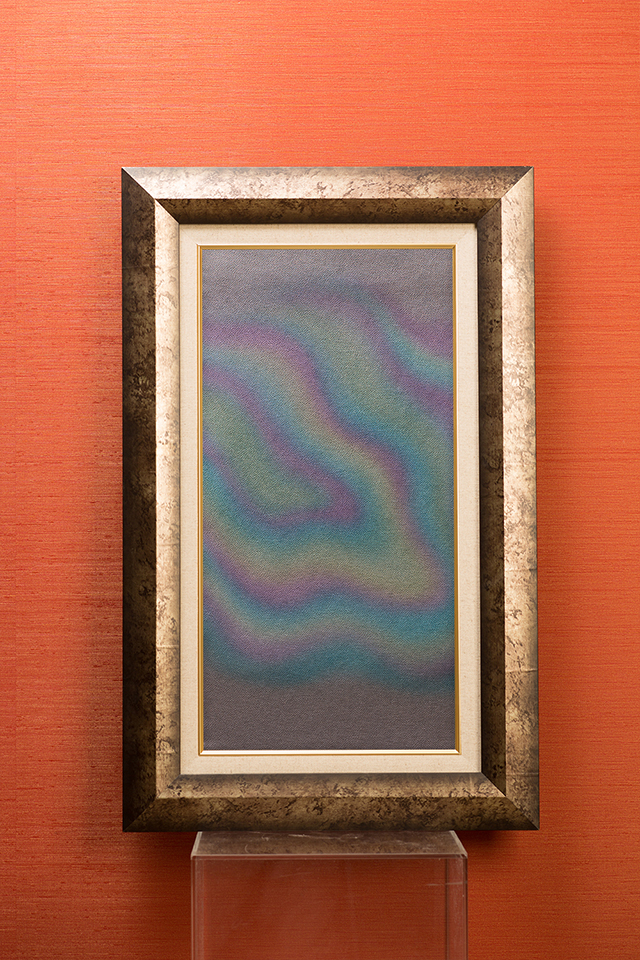 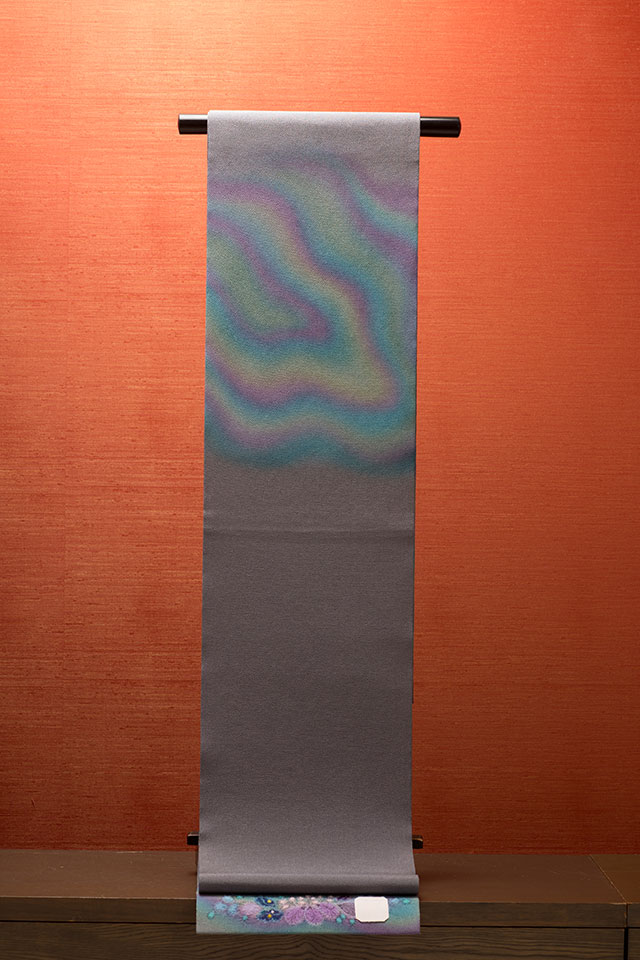 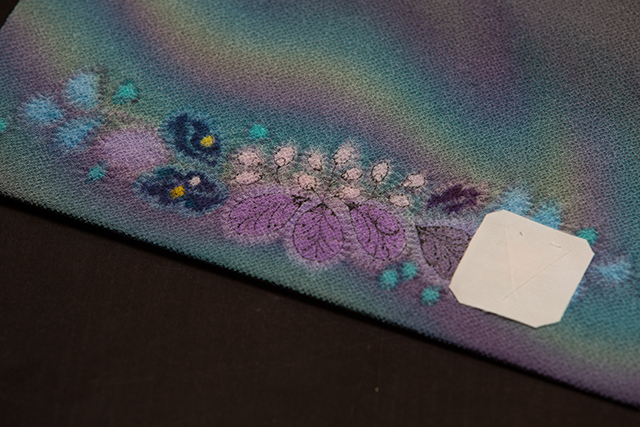 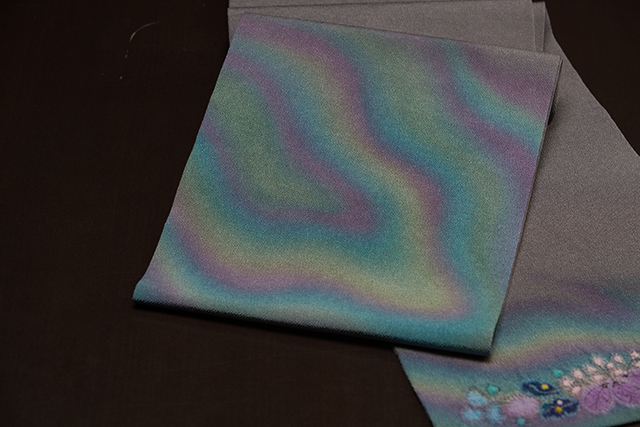